I first met Dhairyakant “Titi '' Chauhan about twenty-five years ago. My initial impression of him was that he was a man of few words, shy, introvert and somewhat reserved. To get him to speak, one would have to needle him, ask questions.  His answers would always be cryptic and not forthcoming. However, his vivacious wife Darshana, made up for him.  She would do all the talking for him and even answer questions that were addressed to Titi! 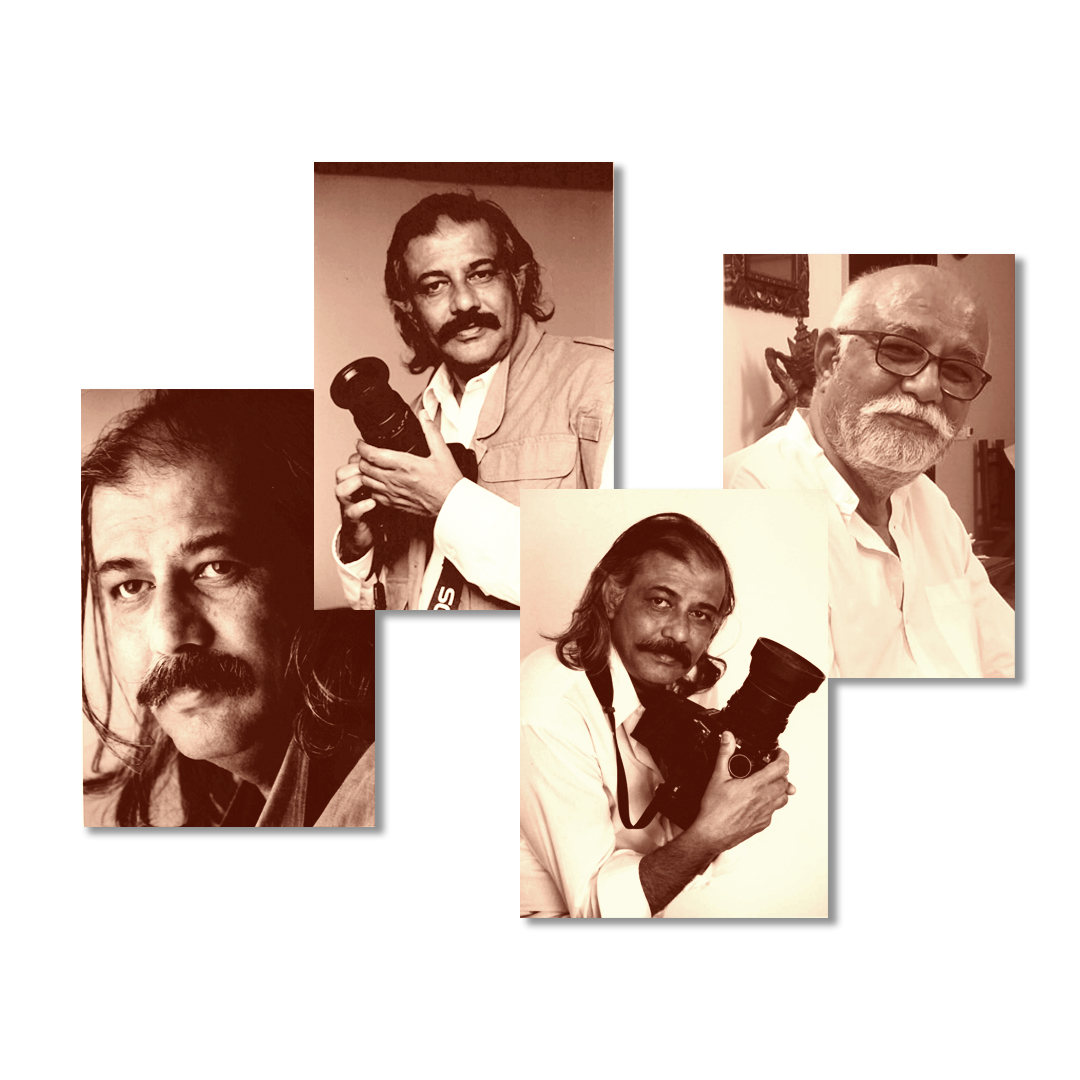 It took some time for me to learn that Titi was a distinguished photographer and had a sizable collection of photographs that he had exhibited in India. After some cajoling, he agreed to show a sample of his photographs.  One look at those pictures and I could see his artistic genius.  I could also see that this man of few words was eloquent in his art.  His work spoke volumes.  His abundant artistic talent showed through his photographs that depict how Gujarat’s nomadic and pastoral tribes were struggling to preserve their way of life in a fast-changing world.  In essence, Titi was telling their poignant story through the lens of his camera.

Two distinctive elements of Titi’s photography were lighting and composition.  He always preferred using natural light.  He would patiently wait for hours to get just the right light and also an appropriate  angle that would show the essence of whatever he was photographing.  He also had an eye for exact composition–what to include and what not to.

I immediately offered to help him arrange an exhibition at the Gandhi Memorial Center, a mecca of Indian arts and culture in Washington, DC. The exhibition called, “India’s Original People,” opened in February, 2010 with rave reviews from the members of the Center. Soon after that his work was exhibited at the headquarters of the World Bank in Washington. I also attended Titi’s exhibition at the Nehru Center in London that was organized with help of Vipool Kalyani, a good friend and the distinguished leader of Britain's Gujarati Diaspora.

To expose Titi’s work to the larger Washington arts community, we also tried to explore the possibility of holding an exhibition at the Smithsonian, the world renown museum that would have given Titi national as well as international visibility. But it was not to be. Titi decided to go back to India before the Smithsonian exhibition could be arranged.  His heart was in India and with the nomads of Gujarat with whom he wanted to do more work.

In many ways Titi’s American sojourn was a challenging  adventure.  He cheerfully met the artistic demands of land and people different from what he had known in India. He took every opportunity to travel far and near in the United States.  He was constantly searching for new objects and themes to focus on for his photography.  He was undaunted by the challenge of mobile phone technology that made it easy for any one to be a photographer.  Titi’s faith in photography never wavered. He was a confident artist who knew that as everyone who writes doesn’t become a writer, similarly anyone who whips out a mobile phone to take a picture doesn’t become a photographer.

In recent years, in addition to photography, Titi turned to farming and devoted his considerable energy to grow a special brand  of mango that he would lovingly share with all who would visit his farm in Gujarat.  Every time I go to India, I would make it a point to visit Titi and Darshana at their farm as well as in their fashionable flat in Ahmedabad.  Titi would lovingly cook vegetables he would have grown in his farm.  We would sit for hours at the dinner table and reminisce about our days in Washington and also talk about photography projects he was dreaming about.

Pandemic like Covid-19 strikes indiscriminately. In losing Titi to this unyielding epidemic, Darshana has lost her devoted husband, many of his admirers like me  have lost a generous friend and Gujarat has lost one of its finest photographers for whom photography was life’s meaning and mission.  I will always cherish my friendship with him and miss Titi, a good hearted man of gentle manners, simplicity and sincerity.

Natwar Gandhi is former Chief Financial Officer (2000-2013) of Washington, DC. Presently, he  consults with the World Bank in its efforts to create financially sustainable cities around the world.  He is also a member of Board of Trustees of Gallaudet University and a member of Boards of Honorary Trustees at Shakespeare Theater Company as well as Arena Stage.

Dhairyakant Chauhan's wife Darshana Vyas has put together a wonderful website (http://www.dhairyakanttiti.art) in his memory.