What ‘Sheng’ means to us 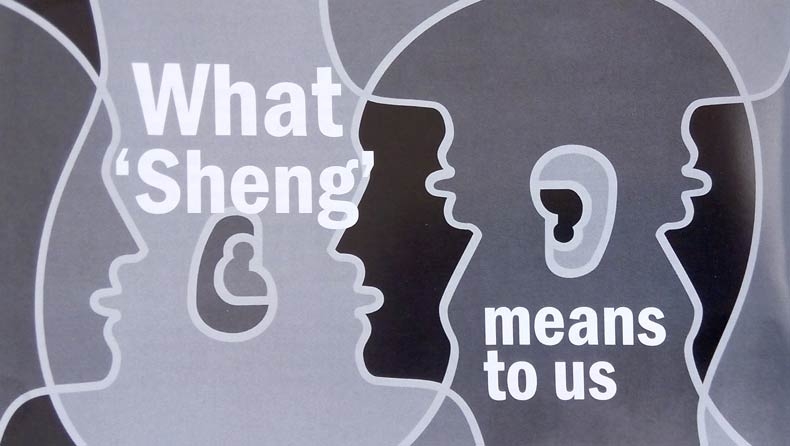 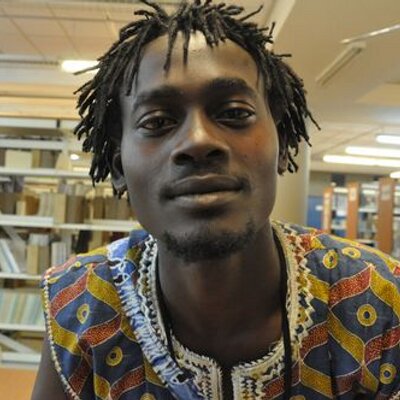 KiSwahili is a well-developed Bantu language of the WaSwahili people who reside along the East African coast. It is now the national language of Kenya and Tanzania and is spoken widely in the East and Central African region. It was, however, born out of interactions with different Bantus from the hinterland as well as with Arabs from Oman and Shiraz, and South Asians from the Indian sub-continent. Organically it grew from a need to standardize the Bantu languages at the point of contact for trade and other social and political needs.

So Kiswahili then is also, originally like Sheng, a ‘slang’ language. I use the word slang meaning informal words or phrases which are more common in speech than in writing and are used by a certain group of people. Kenglish or Engsh are two slangs emerging from the educated urban, middle class Kenyan youth who are a mixture of different African ethnicities, Asian, European and other nationalities. The word ‘sheng’ is a combination of ‘swahili’ and ‘english’. Kenglish is mostly spoken by the college youth. Its basic medium is English. Eg: ‘If I kuja or pitia I will pata some chipo (if I come or pass by I will get some fries). Kenglish can be singled out as the more ‘expatriate’ of the two. To sum up then, Sheng is more Kiswahili-based while Engsh and Kenglish are more English-based.

The youth sometimes speak sheng as a cant i.e. the jargon of a group, often employed to exclude or mislead people outside the group. It has been given an extra boost by the matatus (public taxis), many of which cater specially to the youth.

An example of the various forms of Sheng is the phrase ‘can you help me?’ as expressed in the different slangs:

In Kenglish: Si you help me?

It is interesting to look at the history of Zanzibar which was originally known as Unguja, before it was settled by visitors from the mainland and later from abroad. It was a virgin place with flourishing clove plantations and all the fisher-people and food enthusiasts met there. The measure for buying cloves was a traditional container made out of dry coconut leaves, and it was called ‘Ungo’. A buyer would then say ‘Ungo Jaa’ (fill it up). That is how the island got its name – Unguja.

Zanzibar is the island where Kiswahili is standardized because it still has the original language(s) as spoken then by the inhabitants. Zanzibar has got more than six Kiswahili dialects, like Kimakunduchi, Kimangapwani and Kinemba or Kikwale among others.

So Kiswahili is a mixture of all these dialects, to which have been added words from the non-African languages. And just as the Ki-Unguja Kiswahili is significantly different from Ki-Amu (spoken in the Lamu area) so the Sheng patois spoken in Westlands varies from that spoken in Dandora though both places are in Nairobi. One of the earliest incorporations of Indian words into Kiswahili is in ‘Cutchi Swahili’. (Cutch is a district in India). This patois developed with the entry of the first South Asian traders in Zanzibar. It has since become extinct and it is difficult to find the original speakers.

Later in Kenya, with the building of the Uganda Railway when the ‘natives’ met the ‘coolies’, the Swahili language was further expanded. Most of the Asian/English words in Sheng have come via Kiswahili. Here are some examples:

I believe that just as it is the interaction of peoples that enrich and develop a language; that language also helps to bring people together. Small wonder then, that the society in the domains of Kiswahili, Tanzania and Pwani-Kenya, are so remarkably cosmopolitan.