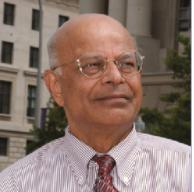 Recently, the Opinion published a column by Raj Goswami, જાણે નકશા પરથી અમેરિકા ઊડી ગયું છે અને ચીન બેસી ગયું છે.” The very title asserts China’s international supremacy in the wake of Coronavirus that still keeps the world on its edge as the death toll, particularly in the United States keeps rising. The same point is made in a recent Foreign Affairs article by Yanzhong Huang, “Xi Jinping Won the Coronavirus Crisis, How China Made the Most of the Pandemic It Unleashed.” The article states, “today, as the Chinese government lifts its lockdown on the city of Wuhan, the epicenter of the outbreak, Xi can present himself instead as a forceful and triumphant leader on the world stage. Leaders in Europe and the United States are increasingly looking to China for help as they struggle to contain the virus in their own countries.” Looking at the way how miserably Amerca has performed during the Coronavirus crisis under the wayward leadership of an incompetent and ignorant president, both Goswamy and Huang have a point.

There is a great deal of chatter about the decline of America. The superpower that saved Europe from Nazism and Fascism and contained international communism as well as one that ushered in unprecedented economic prosperity throughout the world is now viewed as a spent force. This is a prevailing view nearly everywhere, especially at home. A recent analysis by the accounting firm PriceWaterhouseCoopers suggests that measured by GDP, U. S. is slipping into the third place behind China and India by 2050.  America’s haphazard and ghastly performance abroad over the last two decades as well as its pathetic governance at home surely would give credence to this pessimistic assessment.

I have a fundamental problem with such long term projections. As Ruchir Sharma of Morgan Stanley recently put it, to assume that China and India will keep growing through 2050 at their present annual rate of growth–China at 6% and India at 4%–is unrealistic.  Witness for example what happened to the so-called Pacific Tigers–Taiwan and South Korea–who were growing at a fast clip after the Second World War but slowed considerably in recent times. As nations mature economically, the growth inevitably moderates.

The other problem with any long term projection is that it does not take into account twists and turns that any economy goes through over the years.  For example, see how Coronavirus has upended most of the world’s economies in a matter of months.  The United States of early January 2020 is not the same as of March 2020 and the same is true of China and India and the rest of the world.

What matters for economic growth is a growing working age population. Here the U. S. has an advantage over China, Japan and most of Europe that are facing a serious aging crisis. As long as the U. S. keeps its immigration open, young immigrants particularly from the south of the border will keep knocking at its door legally as well as illegally. This in addition to the younger immigrants who are already here gives the U. S. a competitive edge. Above all, most declinists underestimate the unique American characteristic to recalibrate and innovate. Americans are more prone to adapt and adjust than perhaps any other people. Indeed, unlike a traditional society such as India or China, American society is continually evolving and changing.

Even if it were true that U.S. slips behind China and India in GDP growth, does that mean that we will not have immigrants clamoring to get in here? Let us just take the Indian case since I know it first hand. Indians want to migrate to the U.S. or elsewhere in the West primarily because they want to improve their economic well-being. Yes, Indian economic conditions have indeed improved since I left the country in 1965 but the fruits of economic progress have been distributed unevenly. Cities are undoubtedly doing better, but there too a profound income disparity is too evident to ignore. Let us not forget that when one looks at India overall, it still has the largest mass of poorest people in the world.

I write all this not to deny how poorly America has performed at home and abroad but to say that America will rise to the Coronavirus challenge as it had done during the past crises. Witness how economically prosperous it emerged from the Great Depression and how it won the Second World War and became a great world power of unsurpassed military strength.

I agree the present Trump interlude is thoroughly depressing, but looking at it in a longer historical perspective, I am inclined to say this too shall pass and still would bet on the U.S.