April 7 is the birthday of a person who deserves the most credit for introducing Indian classical music to the western world in the way westerners can understand and appreciate it.

This was in coming because as a teenager he had traveled to Europe with his elder brother Uday Shankar's dance troop where he was exposed to and appreciated western mindset and western music. He could relate with western classical musicians and collaborated with the western music legends like violin player Yehudi Menuhin and many others. At the same time those elite musicians also couldrelate with Pt. Ravi Shankar's explanations of intricacies, depth, the process of creativity and improvisations keeping with the rules of raag, taal, and the discipline of Indian classical music. 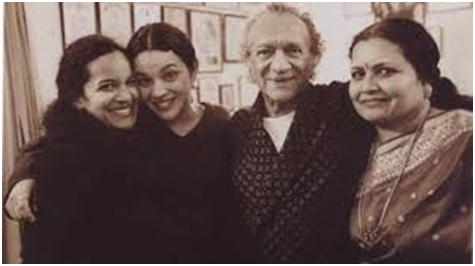 Later, the biggest breakthrough for Indian classical music in the western world came when Pt. Ravi Shankar played Sitar accompanied on Tabla by another Maestro Ustad Alla Rakha (Father of Ustad Zakir Hussain) at the biggest music gathering at Woodstock Festival. The Woodstock Music Festival began on August 15, 1969, as half a million people waited on a dairy farm in Bethel, New York, for the three-day music festival to start. Billed as “An Aquarian Experience: 3 Days of Peace and Music,” the epic event would later be known simply as Woodstock and become synonymous with the counterculture movement of the 1960s.

From the 1960s, Panditji, as he is known among his music lovers, and George Harrison of the Beatles became friends. George accepted Pt. Ravi Shankar as his Guru and started learning Sitar and started other musical collaborations. The Beatles deserve a little credit for making Pt. Ravi Shankar a household name for music and Beatles loving westerners. 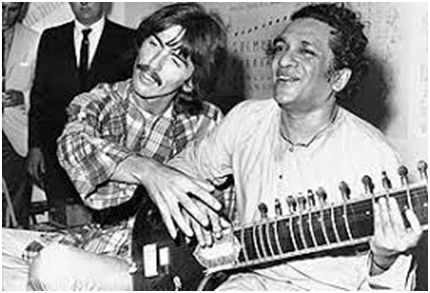 Whether some of his peers in Indian classical music like it or not, it is evident that before Panditji no other musician had the tenacity to reach out to the global audience, especially the western audience the way Pt. Ravi Shankar did it. Pandit ji, keeping intact the strict theoretical, classical, and traditional framework of pure Hindustani classical music art form, crossed the cultural and geographical boundaries and won hearts of millions of open minded global music lovers.

His personal life had been non-traditional, interesting, at times flamboyant, unlike most traditional Indian Classical musicians, and very colorful but as far as the purity, authenticity, and tradition of Indian classical music is concerned, he did not compromise a beat! (bit-beat pun intended).

It is a matter of pride for Indian musicians for those having been associated with Pandit ji. It proves the point about his musical genius and greatness! 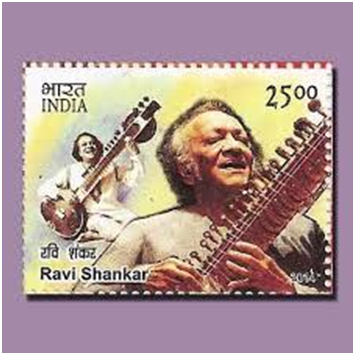 Late Sitarist Shubho Shankar was his son with his first wife Annapurna Devi. Norah Jones, his daughter from his relationship with Susan Jones is a Grammy winner for her Jazz and pop fusion. His daughter Anushka with his wife Sukanya, is a promising sitar player in her own rights. It runs in the blood! still Anushka has some big shoes to fill.

It is apt that the Indian government has established a postal stamp on his name, and was awarded Bharat Ratna, the highest civilian award for his legendary artistic contribution.